2 new books on the way from me! 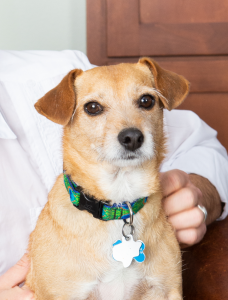 Even in the best of times, book-deal news is welcome. But during, say, a pandemic, such a cause for celebration comes as an outright relief. And when there’s a double dose of these happy developments on top of a similar announcement for my wife just the week before… let’s just say that Jennifer and I feel as fortunate and grateful as can be.

“Carol Hinz at Lerner/Millbrook has bought world rights to Chris Barton’s How to Make a Book (About My Dog), with Sarah Horne illustrating. The nonfiction picture book allows kids to follow a nonfiction book (about Chris’s dog, Ernie) through the process of creation and publication. Publication is slated for fall 2021; Erin Murphy at Erin Murphy Literary Agency represented the author, and Jodie Hodges at United Agents UK represented the illustrator.” 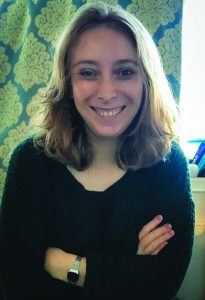 How to Make a Book (About My Dog) grew out of two questions that I often receive when visiting schools: “How do you make the books?” (often, they’re talking specifically about making the physical objects themselves, especially the covers) and “Are you ever going to make a book about Ernie?” (after I’ve shamelessly shown them a photo of him).

This will be the fourth book that I’ve made with Carol, following The Nutcracker Comes to America, Dazzle Ships, and All of a Sudden and Forever. And as with each of those titles, I’ve learned lots about my subject through the process of making the book, though never has my learning been anywhere near as meta.

My travels last summer included a few days in Minneapolis interviewing folks at Lerner’s office and warehouse about how they do what they do. And just recently, I peppered Sarah with questions about how she does what she does, which seems comparable to an illustrator asking me to draw a picture showing how I write.

On Thursday, PW Children’s Bookshelf announced another new project of mine: 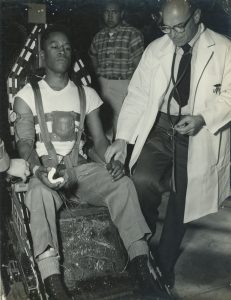 “Andrea Welch at S&S/Beach Lane has bought world rights to Alton Yates’ Movement Forward by Chris Barton (What Do You with a Voice Like That?), illustrated by Steffi Walthall. From space flight experiments in the New Mexico desert to civil rights activism in Florida, the nonfiction picture book explores scientific and social progress through the experiences of one Air Force enlistee. Publication is slated for spring 2022; Erin Murphy at Erin Murphy Literary Agency represented the author, and Anne Moore Armstrong at Bright Agency represented the illustrator.” 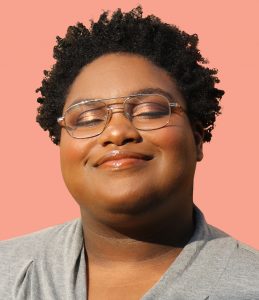 Alton Yates’ Movement Forward also involved research during summer travels. (Remember when we used to go places?) In June 2018, my then-14-year-old and I went to Holloman Air Force Base in New Mexico and the New Mexico Museum of Space History in nearby Alamogordo.

The summer before that, Jennifer and I visited with Alton and his wife, Gwen, at their home in Jacksonville, Florida, while I was in town for research downtown, the site of sit-ins in August 1960 that culminated in an ugly episode known as Ax Handle Saturday.

I’d been hoping there would be a 60th anniversary commemoration that I could attend this summer, but I suspect that’s not going to happen. Still, I can’t wait to see how Alton his compatriots in the Air Force and in the NAACP Youth Council look when illustrated by Steffi, just I’m eager to get a peek at Ernie rendered in Sarah’s style.

Here’s to having good things to look forward to — and to having great people to make books with.