“That scene clearly made a big impact, because it worked its way into both of our books!” (2-question Q&A and giveaway for August 2020) 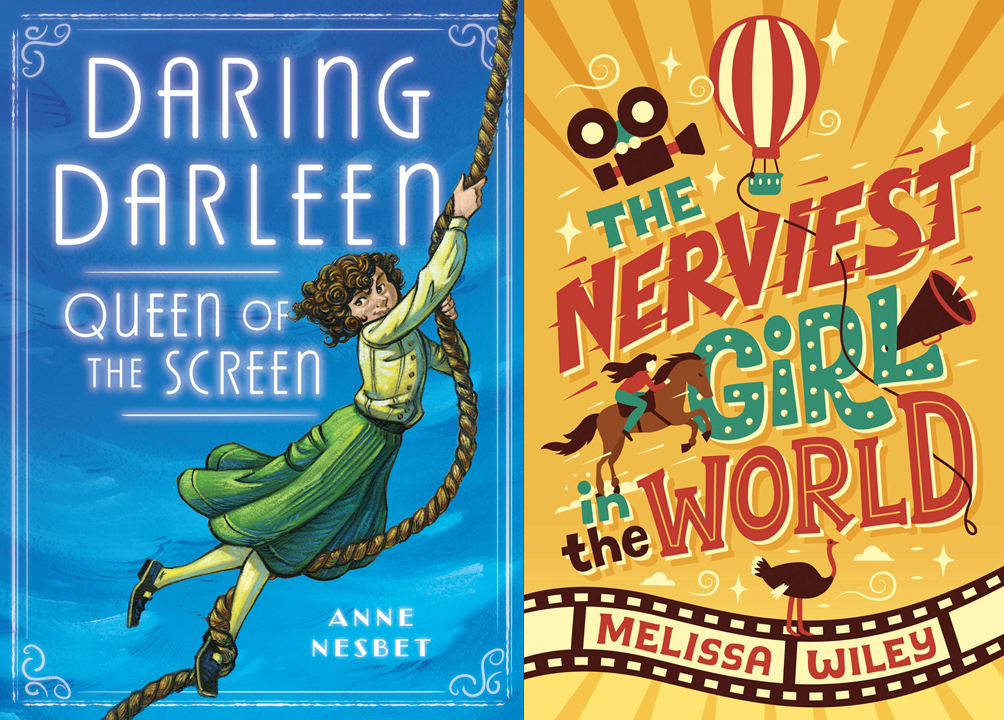 Welcome to the Q&A and giveaway for the August 2020 edition of my Bartography Express newsletter, which you can read here and sign up for here.

My two-question Q&A this month is with Anne Nesbet and Melissa Wiley, middle-grade novelists whose new books coincidentally share a silent-film-era setting and feature protagonists actively (quite!) involved in the excitement of early movie-making.

Anne is the author of Daring Darleen, Queen of the Screen (Candlewick), which School Library Journal said contains “all of the elements of classic old-fashioned adventure tales. … A rollicking vintage adventure. Recommend to movie fans and readers who enjoy escapades of the past, with lots of twists and tangles.” She lives in the San Francisco Bay Area.

Melissa lives in Portland, Oregon, and is the author of The Nerviest Girl in the World (Knopf Books for Young Readers). Booklist called the novel “a thrill ride excitingly grounded in film history, which is discussed in a fascinating afterword. Best of all is Pearl, a treasure of a protagonist whom readers will love for her candor and bravery as much as for her willingness to admit to her own failings.”

(I have been friends for a while with both Anne and Melissa, and I love that the publication of their new books has given me an opportunity to introduce them to each other.)

I’m giving away a set of both books to a single Bartography Express subscriber with a US mailing addresses. If you want the winner of The Nerviest Girl in the World and Daring Darleen, Queen of the Screen to be you, just let me know (in the comments below or by emailing me) before midnight on August 31, and I’ll enter you in the drawing.

In the meantime, please enjoy my two-question Q&A with Melissa Wiley and Anne Nesbet.

Anne: Let’s see, let’s see: “the first time I saw a silent film.” When was that? 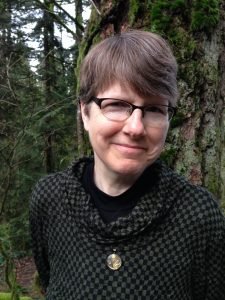 I think perhaps it was when I was seven and living in France. On one summer night, we found ourselves in a small town in the countryside, and the whole village stayed up late to watch Charlie Chaplin’s Modern Times projected outside on a sheet hung on a wall. And there you go! From the very beginning, I guess I learned to associate old movies with happiness, good weather, tasty food, and communities coming together to laugh and cry and gasp in awe.

Now a highlight of every year for me (although not, alas, this pandemic year) is the Giornate del Cinema Muto — the Pordenone Silent Film Festival, held each October in a town a couple of hours north of Venice. That was where I really had my education in silent film.

And there — in northern Italy — I was introduced to the varied landscapes of Fort Lee, New Jersey, where so many films were made in the early teens of the twentieth century, and to the magic of serial films, watched in a gorgeous binge over the course of a week, accompanied by stunning musical performances on all sorts of instruments, and punctuated by breaks for gelato!

For me, silent movies are an endless source of creativity and joy (in my day job, I teach film history), and that sense of creative joy underlies every aspect of Daring Darleen, Queen of the Screen.

The people who made early films had no computers, of course. They had to think up ingenious practical solutions for every imaginable challenge: How to film a “night scene” when your film isn’t sensitive enough to film in the actual dark? (Answer: Dye that part of the film blue, and train your audiences to associate blue with “night”!)

How to get two images into one frame, so that an exciting train can be seen chugging by the “window” or a sleeper’s “dream” can appear above his head? (Answer: cover up part of the lens to keep that section of the film unexposed; then crank the film back to the starting point, reset the camera for the other scene, cover up the other part of the lens, and crank forward to capture your second image.)

It isn’t necessary to travel as far as Italy to watch a great old movie, of course, but I do highly recommend putting on your bucket list watching a silent film in an actual theater someday (when that becomes something we can safely do again) — with real people in the audience and live musicians accompanying the action. It’s truly an experience like no other! 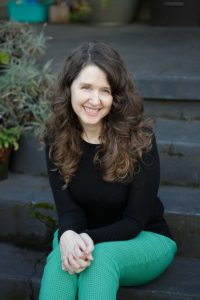 Melissa: I remember seeing bits and pieces of silent films as a kid, flipping channels, but my first real moment of really being lit up by one wasn’t until college. I picked up a giant book of film history and decided I needed to watch my way through the book.

My then-boyfriend (now husband [graphic novelist and former Bartography Express interviewee Scott Peterson]) and I drove all over Spotsylvania County, hitting every Blockbuster Video we could find. I happened upon a Buster Keaton video and I was enchanted. I’d never seen anyone like him. Still haven’t! His absolute calm as buildings are falling down around his ears — astonishing.

I became intrigued by the incredibly dangerous stunts and I remember being blown away at the realization that actors really were risking their lives with some of these feats. The apparent fearlessness staggered me.

Watching The Perils of Pauline was an especially revelatory experience — the first time I watched Pearl White fling a leg over the side of the hot-air balloon, I about died. That scene clearly made a big impact on both Anne and me, because it worked its way into both of our books!

Years (decades) later, I learned that the San Diego County town I lived in had been home to a small silent film operation for about a year, in 1911, years before Hollywood became the home of the American motion picture industry. I started poking around historical museums and newspaper archives (my favorite source of story ideas), and that sparked an eight-year-long research jag that eventually turned into a book.

Part of my joy was getting to celebrate the landscape I fell in love with during our time in San Diego. The La Mesa Historical Society has managed to track down a couple of director Alan Dwan’s one-reelers, and it was quite magical to see that familiar terrain in his films.

After a year, Dwan moved his operations to Santa Barbara, and there’s not much left to remind La Mesa of its unique film history — just a plaque on one building where Dwan had an office. But I couldn’t stop thinking about it, and imagining what it might have been like to be a kid when all that was going on.

Chris: Other than the Pearl White hot air balloon scene from The Perils of Pauline —

— what one silent-film scene or full movie would you recommend to readers as a pairing with your book, and what stands out to you about it?

Melissa: I love this question! Of course it took me waaaay down the rabbit hole as I watched reel after reel, trying to decide which to share. I finally decided on this scene starring Helen Holmes from a serial called The Hazards of Helen. This is Episode 13, called “The Escape on the Fast Freight”:

The part that astonishes me every time is the scene starting at 08:35 when Helen climbs down a train trestle from a rope onto a moving train and then winds up jumping off the train as it crosses a river. It was filmed in 1915. Helen Holmes did all her own stunts, many of which were quite dangerous! I can picture my character Pearl tackling these moving-train stunts with gusto.

The Hazards of Helen ran for 119 weekly installments — one of the longest film series of all time.

Anne: Yikes, yikes, yikes! “Favorite silent film clip” is right up there with “favorite book” in the category of questions so difficult to answer that my mental machinery threatens to break right the way down. [The clips above] are absolutely fantastic, and some of my favorites: Pearl White in that balloon — and climbing down that loooooong rope! Helen Holmes climbing down her own loooong rope to drop onto a moving train! Those are fantastic feats and make me want to cheer every time.

So I offer up another wonderful moment — and this time the wonders are in the category of “but how did they do that?”: part of the dream sequence from Buster Keaton’s amazing Sherlock, Jr. (1924).

Remember as you watch that these effects were not created in “post-production” — and of course they had no computers to help them out in 1924! So can you spot all the tricks used here to pull us into the magic of Buster Keaton’s cinematic dream?